Pre-Order Drakengard 3 and receive an exclusive theme for your PS3 system’s XMB menu. A prequel to the original Drakengard, Drakengard 3 transports players to a medieval world where six sisters wield special magical abilities as the ‘Intoners.’ These sisters have brought peace to the earth with their power to manipulate magic through song. Harmony is disrupted, however, when the eldest sister, Zero, attempts to murder her younger sisters with the help of her dragon companion, Mikhail. As the story progresses, players find themselves in a battle to unravel the mystery of Zero and learn her true intentions.

Serious Sam 3: BFE is a glorious throwback to the golden age of first-person shooters where men were men, cover was for amateurs and pulling the trigger made things go boom.

Get two legendary RPGs on PlayStation 3 system for one great price!
Tales of Graces f — Journey through a world full of political intrigue and strife, explore dungeons and fight your way through fearsome adversaries!

Tales of Xillia — Follow Jude Mathis and Milla Maxwell at the outset of their adventure through the world of Rieze Maxia.

Soul Sacrifice Delta is is the ultimate edition of Soul Sacrifice where every decision has consequential results. The action RPG that pits you against an evil sorcerer returns with a slew of new features including improvements to gameplay, graphics, new levels, characters and spells. Grim, the faction who believes in neutrality in all things, joins the blood thirsty Avalon and the merciful Sanctuary, and adds a third angle to bring the Delta in Soul Sacrifice.

Go behind the scenes with Global Superstar Ricky Martin for the making-of “SuperSong”. Earlier this year, Sony and Ricky Martin invited aspiring musicians from around the world to submit videos of their original song proposals to compete for a chance to be on the Official Album of the 2014 FIFA World Cup Brazil. Elijah King won with his song “Vida” and is now poised to become a world-wide music star. Watch “SuperSong” now on your PlayStation 3, PlayStation 4, and PlayStation Vita. Go to http://www.crackle.com/c/supersong for more information.

This season Crunchyroll is loaded with all the brand new, highly anticipated series like, “Jo-Jo’s Bizarre Adventure”, “Black Bullet” and “Nanana’s Buried Treasure,” along with the return of fan favorite: “Fairy Tail.” But that’s not all, since we have over 50 simulcasts this season, you can rest assured that there’s something for everyone! For a 14 day free trial, click here.

DailyBurn is the best fitness experience anywhere. DailyBurn offers unparalleled variety – from bodyweight training and kettle bells, to dance and yoga – so you can always find the perfect workout! DailyBurn’s team of expert trainers keeps you engaged and gets you faster results while having fun. Best of all, you can sign up and try DailyBurn totally 100% FREE for 30 days. That’s no commitment – cancel anytime. Sign up and start working out with DailyBurn now!

Just like the nightly news. Only weeklier. John Oliver comes to HBO with an all-new, Sunday-night forum. A topical look at the week in news, politics and current events. Catch up on Last Week Tonight with John Oliver now with HBO GO on PS3. Watch the trailer here.

The MLB season is underway. You can watch live baseball games on your PS4 with a subscription to MLB.TV Premium. Watch HD Quality broadcasts of every out-of-market game live or on demand on your PS4. Choose Home or Away feeds, pause and rewind live game action with DVR capabilities. Sign up here.

For subscribers this week, be sure to watch the premiere of Pain & Gain starring Dwayne “The Rock” Johnson and Mark Wahlberg! Also added to our collection are classics like Demolition Man, Bad Boys and Jumanji. Get ready for the new Godzilla by checking out our “Go Go Godzilla” collection of 6 classic adventures from this legendary movie monster! Also look for hits like Ride Along, The Nut Job and I Frankenstein…. now available either at the kiosk or to rent and buy digitally! Finally, it’s easy to own titles like Pompeii, 3 Days to Kill and Endless Love…available now to BUY. Don’t have Redbox, sign up here. 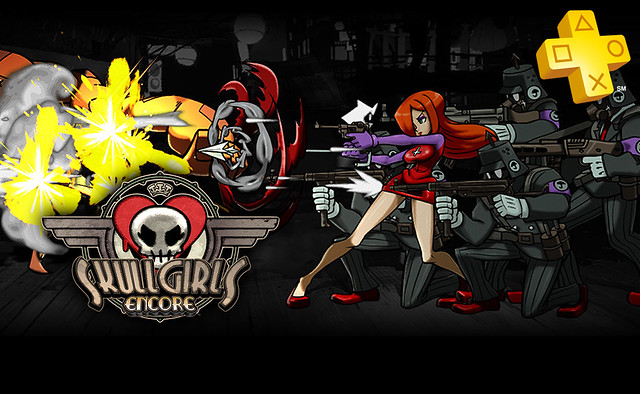 Become a PlayStation Plus member